When designing android monitoring app, developers always keep in mind the balance between simplicity and functionality. That is why most of the spying software programs have preset options and configurations.

But don’t you just wish that android monitoring software could have other options and features that would make it far more convenient than it already is? We have thought about this as well, and actually, we have brainstormed 5 options that we just wished mobile phone monitoring software really had. 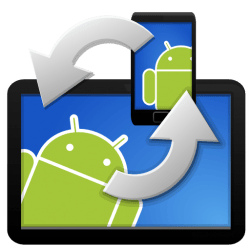 Tracking a phone using another very portable device may be very convenient and handy, but it does not universally solve the ease-of-use issue. Why is that? That’s because the phone is but a single unit. Wouldn’t it be a lot more convenient if you could sync the spying software installed on your phone to the spying software installed on your desktop unit? Instead of always picking up the phone to regularly check tracking data, you could just reserve a little window area for the tracking software in the desktop. Multi-device syncing could also allow you to track the very same phone using different units and devices at the exact same time. 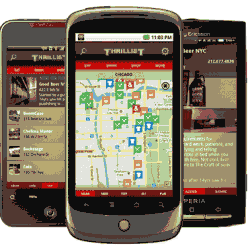 If the spy apps for android can automatically arrange and organize all spying data into a form that can be efficiently understood by the user, then adding a little “sentience” to it could make it a lot better. That’s right, not only will it present the data to you, but the bonus function could also allow software to explain the meaning of the data for you. So, what is it that led the phone’s owner to arrive at that location? Based on all of the previous location tracking entries, what would be the most likely place he or she would go next? It’s a Saturday today, what is the average margin of error of the places he or she went today compared to his usual course or route during previous Saturdays? A lot of android monitoring apps have the capability to track phones even when it is turned off, albeit at a very limited level. If we could somehow upgrade this functionality, we could probably be able to intercept radio signals directed to that unit even if the tracking software has been partially disabled. You could still read messages that would have been sent to that phone, all the while keeping track of its location using the usual power off GPS locator function. Implementation of this feature is a bit too complicated though (since it’s the carrier company that actually holds the message data in the air), so this might still stay within the realms of our imagination for a longer time. 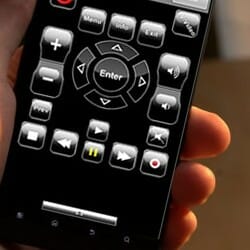 Sometimes we just get too sick of simply observing and an irresistible urge to take action might arise. The remote control feature can provide us with the needed action relief here. This option would completely turn the phone into a unit slave, enabling the tracker to fully take control of the phone when necessary. Seems quite useful, but we are still wondering how far this feature could actually go should be actually developed and implemented. 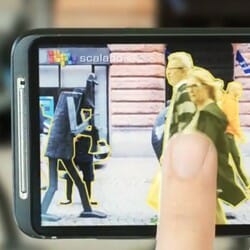 Just how many phone models today have cameras in them? Almost all of them? So why wouldn’t we use these cameras to provide us with a live view of the environment surrounding the phone owner? Instead of simply viewing the phone’s screen, we would instead create a function that would make use of the phone’s back or front camera to send a live video feed. For older phones, this would surely take up a lot of available memory though, so this would probably be only recommendable for newer phones with higher specs.

Guest Author : Jane Andrew is the author of mobile phone spy software and spy apps for android.She provides tips, tricks and news about mobile phone monitoring apps. You can also follow her on Twitter @pcspysoftware to get the latest tips about cell phone technology.
TweetLinkedInFacebook