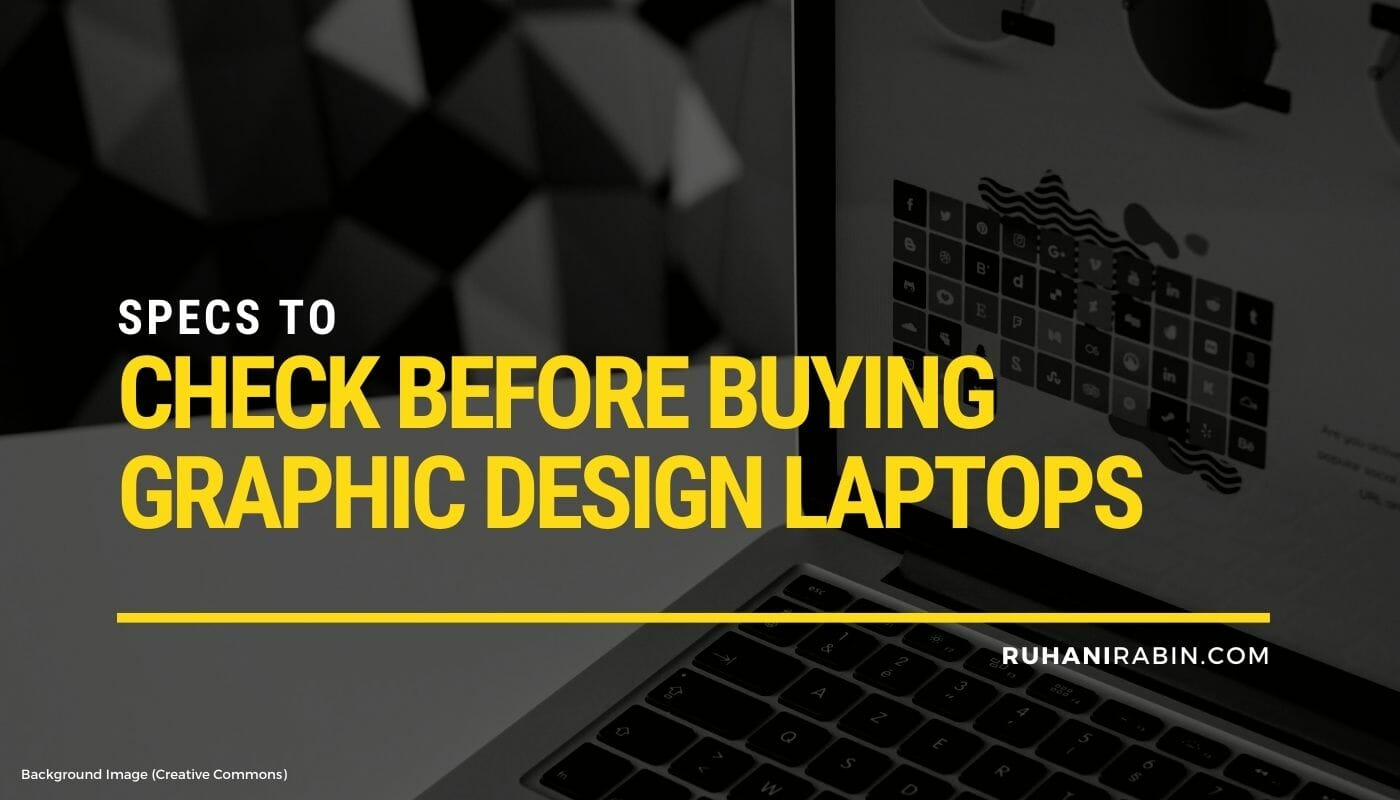 The laptop or computer unit that a graphic designer uses is a vital part of their lifeline. For others, it may simply be their lifeline. For a career that largely relies on gadgets and computer software systems, it is not new knowledge that they take time and patience before investing in a new unit.

Preference also comes into play. Other designers work better with pre-built computers. While others prefer to build their own by putting together the pieces that they want.

Of course, some people love the freedom that comes with using a laptop for their work. So, if you are planning on investing in the best laptops of 2021, here are some of the specs that you need to look out for.

The first thing you need to consider is the laptop’s processor. The processor is the brain of your gadget. A faster and more heavy-duty processor means completing tasks faster. This is especially helpful for loading heavy graphic files and software suites. It is also responsible for powering through hours of rendering.

An Intel i5 and i7 processor with four- or eight-core processors does the job well for most graphic designers. On the other hand, if you have a preference for AMD processors, then the best bets are the A8 and A10 series. The AMD FX series uses octa-core processors that will also be perfect for your projects.

If you want to go all out and have the money to invest, both Intel and AMD produced chips that have 16 and 18 cores. AMD first outed their Ryzen 9 3950X, which has 16 core processors. Intel, on the other hand, came up with an 18-core processor, Core i9-10980XE.

Both of these CPUs are 16 core 32 thread. But, R9 3950X performs better & costs lower as well, not just the cheaper CPU but the motherboard price is also cheaper for 3950X.

A powerful processor can only do so much if your laptop’s RAM capacity cannot support the necessary design tools.

At the basic level, it is safe to start with a unit with 8GB RAM. Make sure to note that your preferred laptop is suitable for memory expansion.

However, if your line of work requires more taxing tasks, go for  16GB or even 32GB RAM. It can support 3D rendering or the simultaneous use of heavy editing programs better. Stand-alone programs, such as Adobe After Effects, need 8GB of DDR RAM for seamless booting. On top of that, processing and storing require more fast storage.

You can also determine the amount of storage you need by evaluating the usual tasks you work on. If possible, list down the software or programs that you need to use to make sure that your chosen unit can support it.

Lastly, always have room for expansion. It’s better to have more than to lack storage.

When it comes to the storage space, familiarize yourself with the complexities of both HDD,  SSD, and m.2 NVMe. HDD or hard disk drives store data in its disks that organize all the data stored in the laptop.

For a basic graphic design laptop, it is already possible to work with a 750GB HDD. Hard disk drives with faster speeds come advantageous for large design projects. The average speed that you want for your work laptop should be 7200 revolutions per minute (RPM).

At the base level, you would want your laptop to have at least 512 GB SSD Drive on it. Along with enough memory storage, you can boot up your editing suites and tools without batting your eyes.

Similar to choosing for your laptop’s RAM, choose a unit that is compatible with storage expansion.

Buying graphic design laptops can be difficult when choosing between SSD and NVMe. Keep an open eye on the details for the laptops that offer both SSD and m.2 (NVMe) drives choices if you want to make your life easier. You have a comfortable amount of fast storage, and the flow of your work process will also be smooth and seamless.

Lastly, an equally important feature to consider is the display and screen resolution of the laptop unit. There are several things to take into account, such as size, type, and resolution. These qualities are important because it affects the users’ output.

Dim screen lights result in over-exposed images when viewed on other devices. It can greatly affect your work and reputation as a designer.

Be extra careful when looking at the laptop’s screen resolution. An acceptable resolution for other users may not be enough for a laptop for graphic design. A general rule of thumb states that higher resolutions are always better. Laptops with 1600×900 or 2K screen resolution trumps a unit with a 1366×768 (WXGA).

This comparison does not mean that the latter does not produce quality output. It means that its output is not enough and acceptable for a graphic designer’s standards. Computer monitors now even have 5K and 8K monitors that are largely for gaming and designing.

The size of the laptop’s screen is also a valuable element. Most editing processes require opening several tabs and it can be a hassle to switch from one to another. Generally, a 15” screen is sufficient for editors using a laptop.

Also, another point not to forget is the connectivity for these units, for best display output it should be thunderbolt or HDMI 2.1.

However, if you primarily work at home, you can always connect your unit to a larger unit for more working space. Connecting to a 5K or 8K monitor will also be like hitting two birds with one stone. More working space with better resolution.

There are not many laptops that do the graphic design task easily. I am not going to make so many recommendations. At the end of the day, only two or three laptops give out productivity for graphic designs. It can be distracting while buying graphic designing laptops, so keep your eye on the details for processor speeds, drive speeds, RAM, color RGB reproduction values. These are the key elements that would give a design laptop long-term investment benefits.

This is basically a no-brainer when buying graphic design laptops. The productivity, performance, and true color productions make it nearly impossible to beat.

Dell XPS series is the only nearby contender for Macs and MacBooks. Many people might think why I have included cheaper-priced budget laptops. It is mainly because I have gone through this journey by myself and I can vouch those budget laptops makes you lose actual productivity. So this. you can consider smart and long-term recommendations.

The skills of a designer or an editor may be more than the gadgets they use. But, it can be a large factor in their growth and productivity. If you are looking for a laptop unit to invest in, make sure to list down what you need. Conduct thorough research of the specs that will satisfy your needs. Currently, the Macbook Pro series does an excellent job in productivity and 100% true color reproduction on screen. Most of the time Windows laptops lack productivity and true color reproductions. Also, from personal experience, the Macbook Pro series lasts much longer with a much higher resale value.

From the processor down to the screen resolution, make sure that you know what to choose. Each element plays a major role in the entire process that you do almost every day. Weigh the pros and cons, know if it is well within your budget. Again, remember to buy smart.