What is Google I/O?

Google I/O is the annual developer conference held by Google in May of every year. It is interesting not only for programmers but also for billions of Internet users, most of whom are also users of search giant products and services.

The annual Google I/O conference in May largely determines the priorities for the development of the industry for the whole year.

This year, Google I/O was held again at the Shoreline Amphitheater in Mountain View, California.

The conference began on Tuesday, May 8, 2018, and in its course, the audience could learn a lot about the future of the mobile Android OS and company’s efforts towards the development of artificial intelligence.

During this period of the year, Google aims to show everyone that its software is smarter and more progressive than similar products from its competitors – Amazon, Apple, Facebook, and Microsoft.

The customers will be faced with a lot of changes, as well as the rating of sites will change. During searching from a smartphone, the system will output to the top those sites that have a mobile version, and then “scatter” them on other features.

The user determines these features. Convenient navigation, useful and readable articles, quality content, will lead the site to the leaders due to the number of visits.

But if you’d like to have well-written content you can order professional text from EssayLab on the lowest price.

The last trend is optimization. The keyword of the request will depend on the links offered by the search engine. If the word has a bright coloring of the trading sphere, first of all, online stores will appear.

The central theme of Google I/O is usually the newest version of the mobile operating system Android. This year, we were talking about Android P. In the last year version of Android Oreo, the display of notifications was revised, and the approach to software update of mobile devices was improved.

It is expected that changes in the latest mobile software will be visual and will touch upon the improvement of the interface of the most popular operating system for smartphones.

Those who have worked with the first evaluation version of the new OS for developers, released in early March, mark certain trends. In Android P great attention is paid to “find a place,” as it’s becoming increasingly common in modern full-screen smartphone capture.

Changes will affect the privacy settings, unification, and simplification of the approach to design and increase the usability of menus, docks and settings screens. According to rumors, some features of the approach to gestures, similar to the iPhone X from Apple, can also be implemented in Android P.

What are Android tv and Android auto?

Android TV and Android Auto are not among those features that are often spoken on the Web. But, one way or another, during the I/O conference, there were some critical things connected with them.

Android TV has been around for years. Last year, users saw the redesign of the home screen for the version of Android O and nothing more impressive.

However, in this context, you should also remember rumors that Google can release such a Chromecast dongle on Android TV with support for 4K, which provides a full-fledged television interface. 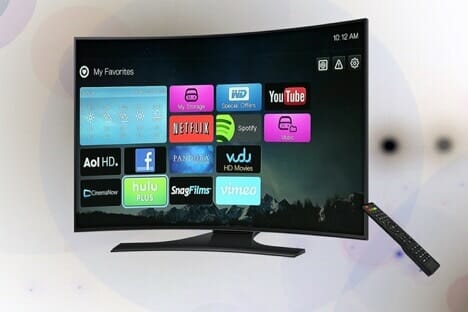 The Android Auto software has been on the market for several years. Of recent improvements, wireless support for the Pixel and Nexus devices, which was implemented in the past month, is especially noticeable.

In January of this year, the company announced that the Assistant software would soon become the core of Android Auto’s voice features. On Google I/O, the public was able to familiarize with this function of the software intended for cars.

Assistant remains the most significant competitor to Amazon Alexa and to a lesser extent Apple Siri and Microsoft Cortana. Assistant can work not only on devices running iOS and Android operating systems as an application and voice interface but even more.

It can be attractive as a software layer of the operating system designed for smart home devices, which are already represented in the market by a line of original columns from a software.

During the conference, that have represented not only some new functions of Google Assistant but also new approaches to the integration of this software with Google Home.

However, the announcement of devices will take place during the autumn presentation, simultaneously with the debut before the general public of the Pixel devices. As for developers, no new hardware products are expected.

Google Home is the leader of the market, and its feature is in voice control. The appearance of a similar function in all Android devices will be the first step for changing the search engine.

This is followed by the trend of extended snippets (in the Russian Internet, it’s known as “zero position” or “fact-finding fragment”). This is the information that appears at the top of the page in the form of a question. Snippets take 10% of traffic from other sites, and they will be maximally personalized in 2018. 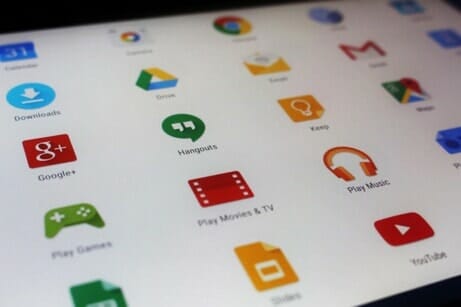 As Google Photos, News and the platform of Google Play are trendy products; the significant attention is paid to them every year at I/O conference.

Talking about Photos, it was introduced how the company’s software, which recognizes the image and objects, has improved the application for storing photographs and helps to create exciting montages, GIF, and other short video content.

Google is going to rework its News platform for computers and mobile devices.

Presumably, the Newsstand application is converted into an all-in-one mobile Google News application with additions to the larger volume of YouTube videos and the fast download of the company’s proprietary format, AMP, for all platforms. Google News debuted at the opening of the conference.

Some changes in the design of Chrome and the recent significant redesign of Gmail give reason to believe that this is a more unified approach to the design of software for Android devices, Chromebook computers running on a PC, Chrome and web applications.

And Google I/O is an excellent opportunity for the company to show its new approach to a wide audience.

The company has introduced a new tool that will allow developers of artificial intelligence applications to interact with Google Photos. This is an API that allows third-party applications and services to access the management of the Photos user library.

Wear OS and the conclusions of the conference of 2018

As far as you know, the software platform for wearable devices is now called not Wired OS but Wear OS. An introductory version of the new Wear OS was released simultaneously with the developer-designed version of Android P.

Wear OS is characterized by much-needed enhancements to mobile devices concerning the battery life of the device without recharging and a dark user interface mode that is more comfortable for the eyes when you just need to look at the clock and quickly perceive the information displayed on their display.

The company has recently announced several updates for Wear OS, which bring more features to Google Assistant and Android auto apps into the platform for wearable devices.

Wear OS will be the platform that will change the way users view what the smart clock is capable of with its software. The main feature will be the voice control capabilities through the integration of Google Assistant.

However, I/O considered not only the new version of Android but also the prospects for the development of the company’s artificial intelligence technologies.

The head of Google, Sundar Pichai has been positioning artificial intelligence already for several years, as that is what will become an essential direction for the company in the future.

He mentioned software that can see and understand the world around us, identify objects, and analyze the natural language, and all this is going to help Google to improve each of its products in the coming years.

Moreover, this process has already begun with such products as Google Assistant (voice and text functions), the translation program and the Google Lens object recognition and imaging platform.

These chips are designed specifically for artificial intelligence training systems, and they help the company to accelerate the learning process for its neural networks.

No one is surprised that Google and Facebook are competing, attracting the best talents, and both companies have to compete for artificial intelligence units, whose salaries are among the highest in the technology industry.

Carol James is a writer and senior editor at writing service, so you can make an order for college essay from EssayLab. She has MA degree in social sciences and writes articles, reviews on the different actual subjects.