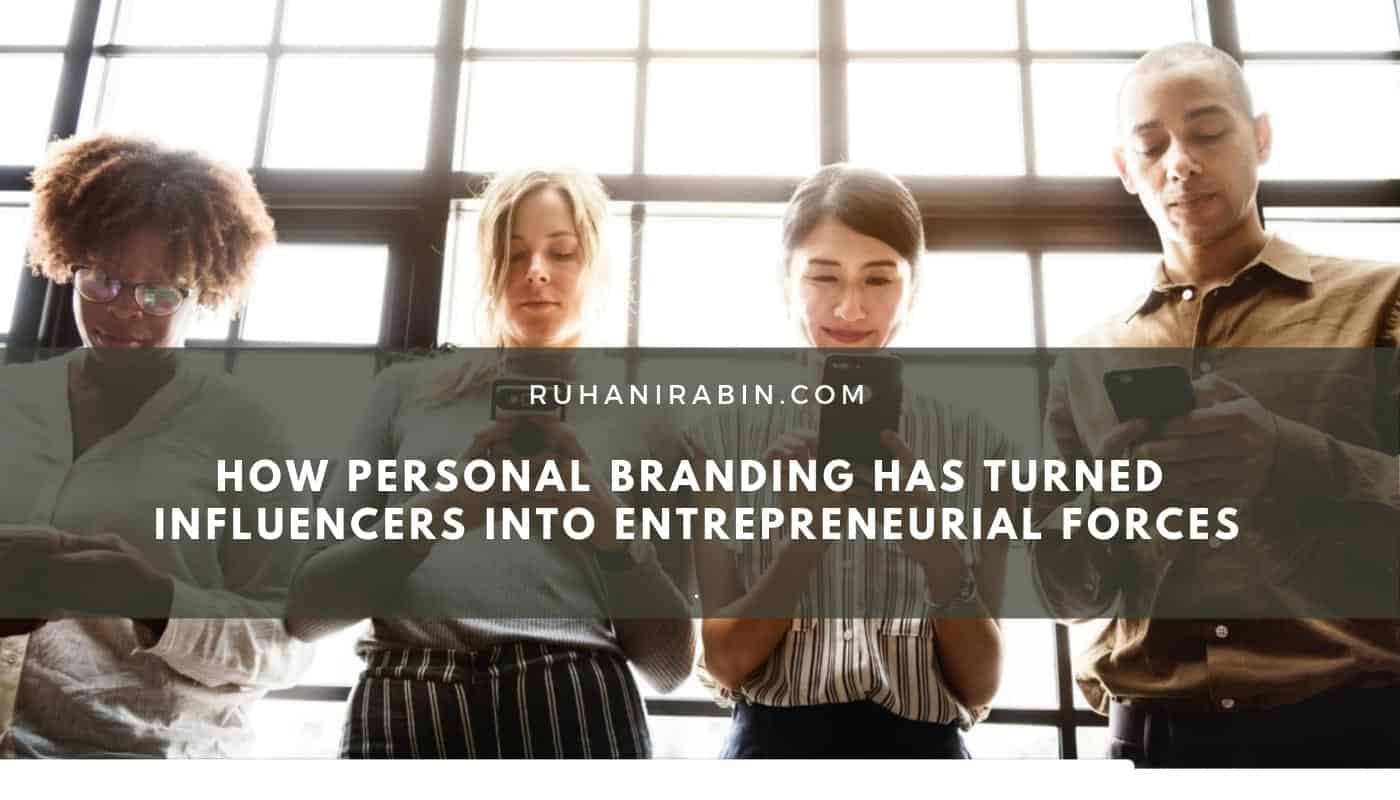 Fifteen years ago, the idea that anyone could turn their identity into a business with nothing more than internet access would sound like the punchline of a joke. Today, the digital landscape has launched entirely new aspects of marketing, industry, and entrepreneurship that most businesses could not survive in the modern world without.

Traditionally, personal branding, like an athlete’s logo on a particular Nike release shoe, was reserved for the highest level of praised celebrities. For example, the somewhat famous basketball player Michael Jordan: Now, branding has evolved to take on many forms; one of the most notable ways in 2018 is how branding a “person” has become increasingly popular. Social media has created a platform that has catapulted personal branding into a form of a career, otherwise known as influencers.

A crucial facet of this new environment is how individuals have been able to develop their own statuses as “Influencers” as a full time, and often lucrative job.

Influencers by definition are average people who have risen to fame by utilizing their social media platforms to gain a devout following. They are a new class of modern celebrity who have gained similar levels of fame and income but through completely different methods.

Instead of being acknowledged for their stand-out talent that traditionally defines a celebrity, like acting, athletics, or music, Influencers instead initially earned their fame as ordinary people portraying their lives or opinions to the audiences who identify with them. In fact, this aspect of relatability is what makes Influencers so powerful: they can cultivate an intimate relationship with their viewers based on empathy that distant celebrities never could. 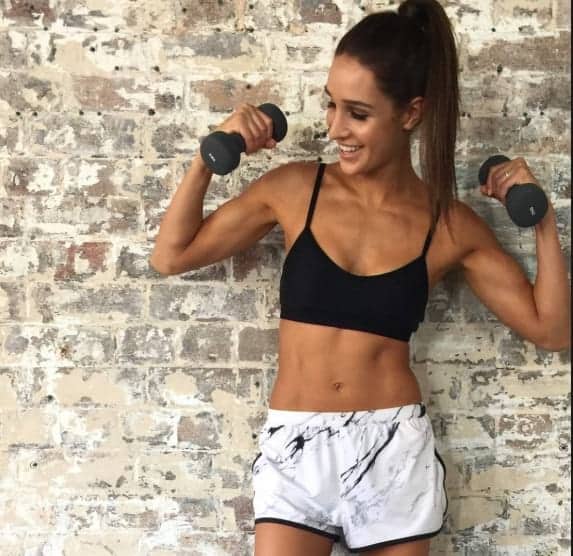 In this way, when influencers hit a certain degree of notoriety, they become their own “brand”. They appeal to a certain demographic, they make revenue by endorsing products that speak to their specialties, and they are accountable for producing content that will keep their viewers actively engaged

To make the transition from strictly visual content to physical merchandise, influencers have to make sure they’re new venture reflects personal brand they cultivated through social media on a larger scale

How Influencers have Personally Branded:

Personal branding allows Influencers to distinguish themselves as a standout candidate for marketing campaigns and recognition among audience pools. Furthermore, developing a branding strategy as early as possible will set the stage for influencers to transition into entrepreneurial ventures easily. Common tactics Influencer branding tactics include the following four:

While some social media influencers have become incredibly successful in business by lending their name or endorsement to particular products, the landscape is a bit different for those hoping to break into full-scale entrepreneurship.

When influencers overextend their brand, they can develop a reputation for selling out towards whatever company wants to add to their paycheck. Therefore, if launching an individual and specific business is the end goal for an influencer, he or she must be extremely selective when deciding what brands to work with as well as what markets to have a noted appearance in.

The basic intention behind Influencer marketing is finding an “authority” in a particular field who has cultivated a following for setting trends or excelling within that niche. Too much deviation can send mixed signals and ultimately be poorly received by the public. For example, if an influencer who is famous for beauty and fashion related content begins to accept high profile brand deals within the fitness or gaming social media realm, viewers will begin to doubt their credibility on all sponsored products.

Perhaps blatantly obvious, but no Influencer will have the clout or the support system to dive into full-scale entrepreneurship without the support of his or her fan base. Since Influencers are already natural masters of social media, presenting their new business venture to their platform using similar methods used to attain their fame is imperative in order for these businesses to gain traction. As viewers can evolve into fandoms for particular influencers, this loyalty can be largely responsible for effectively marketing these new products at new financial cost to the influencer themselves.

Just like how any notable company can be identified by its distinctive image, logos have become increasingly common for influencers as well. Accordingly, Logos have consistently been used by Youtube Influencers as a distinguishing visual at both the beginning and end of their videos.

This image will typically reflect something signature to the influencer, whether that be a name, initials or particular image/motif. Viewer association with a logo will innately create a clear image associated with a future business venture as well as transfer viewer support to the new product or service.

Social Media aesthetic can go a long way in terms of branding necessary for influencers to make the jump to entrepreneurship. An “aesthetic” is the blanket term that denotes that your social media channels can be easily identifiable by their imagery, whether that be the color scheme, organization, consistent font, and layout. That way, as early as possible, influencer followings will be both in tune with a particular visual image associated with the influencer as well as have the basic digital blueprint for the business venture itself.

Many famous influencers have purposely aligned their social media aesthetic to match the schema of their online business landing pages, which are also intentionally easy to navigate. This matching visual aesthetic will now be used to influence viewers to spend on products or services themselves.

One of the most famous examples of social media fitness stars Katrina Scott and Karena Dawn, who established Tone It Up as an extensive women’s online fitness community.

While Tone It Up has grown exponentially from a once meal-plan/online workout guide service to now offer products from brand name protein powder to bathing suits, their general aesthetic has always followed the same theme. The beach aesthetic with accents of turquoise and peach can be easily identified throughout all of their products and digital networks alike. Despite acting as one of the internet’s most controversial figures, Jeffree Star could be considered one of the founding fathers of social media fame and influence. He began his digital career as an outspoken figure on MySpace back in 2005 where he became one of the first publicly transgender American celebrities in the spotlight. His edgy tattoo covered appearance and accompanying controversial public exploits initially created the alternative image that brought him into the spotlight as a musician and make-up artist.

However, Star has since departed from his once brash reputation to become one of the most successful and respected experts within the makeup community. From this influence, Star eventually launched his own makeup line called Jeffree Star Cosmetics, which focuses on excellent quality products sold strictly through E-Commerce channels.

What makes Jeffree Star unbelievably successful is his brand loyalty. Since initiating his Youtube career, he has never deviated from his unapologetically bold and blunt persona that his viewers and wider audiences have fallen in love with. This unmistakable identity is similarly echoed with the visual branding of his cosmetic and clothing line; how example, his cosmetics have been named provocative names like Androgyny, Blood Sugar, and Beauty Killer.

Apart from the thriving online beauty influencer community, fitness experts have similarly transferred their fame and notoriety into successful business ventures. Heidi Somers has crafted her fitness image as an upbeat, approachable but beautiful woman who wants to inspire women from all walks of life to embrace their own fitness journeys. She trademarked the name “Buff Bunny” as her Youtube persona, which eventually became the name of her fitness clothing line.

Her clothing line is a direct continuation of her personal branding: bright pastel colors, effeminate styles, but functionality to endure intense exercise. She also intentionally created a sizing range to be more inclusive to all body types, something which many fitness clothing lines do not think to do. 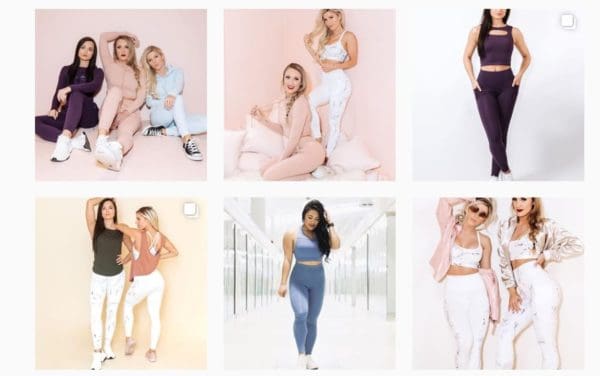 Another thriving fitness brand, Alphalete, was established by Christian Guzman after transitioning from a competitive bodybuilder into an entrepreneur. Alphalete focuses on blending both high-quality fitness clothing with popular athleisure styles that could be worn as everyday attire. In addition to his clothing line, Christian Guzman also opened a full-service fitness club in Houston, Texas.

Opening a physical gym instead of offering fitness services through E-commerce has seldom been done by fitness influencers, which helped Alphalete as a brand spread its reputation to a much more lifestyle brand as opposed to strictly athletic clothing.

Considering the stress of launching a fitness club, like finding proper club membership software and establishing its own exclusive brand image for marketing purposes, Guzman’s ability to balance ownership and his own clothing line has distinguished him throughout the fitness industry. As Instagram and Youtube continue to climb in overwhelming popularity, the rise in influencers utilizing those platforms will continue to grow with it. New age entrepreneurs have unlimited digital resources in terms of spreading their brand image and perpetuating their business to the world.