In 2008, London-based BT Group became embroiled in a internet privacy backlash from customers that accused the global communications outfit from partnering with Phorm to surreptitiously mine internet usage data from unsuspecting users. The British government has so far refused to bring any formal action regarding the case, prompting that inaction to come under fire from the European commission.

Internet privacy issues have become complex as the definition of “expectation of privacy” becomes more ethereal and harder to pin down with each new technology.

Consumers have long known that their internet activities are being monitored to some degree, but to most, “cookies” hardly seems menacing and internet companies have taken to cooking up more devious batches of potential intrusion techniques.

Those seemingly innocuous little treats that are left on our computers when we visit a website have opened the door for many companies and organizations to glean personal user information and provide data to everyone from government agencies and advertisers to phishers and scam artists.

While name websites such as eBay, the BBC and LiveJournal earned overall favorable rankings for helping to protect the private data of their users, other web giants such as Amazon, AOL, Google and Facebook have been named as ranking among the worst offenders of using the data they collect in “creative” ways according to multiple reports over the last few years. According to privacy watchdog Privacy International, Google ranked as the worst offender exercising practices the organization classifies as “hostile” to privacy. Google has aggressively disagreed with the report.

Privacy critics hypothesize that companies such as Google and Microsoft are in a position to create a detailed profile of individual internet use and activities which can be valuable data when “shared” with advertisers and other interested parties. Some go as far as saying that information such as your daily movements, your weekly appointment calendar and even your favorite food preferences are being harvested, all in an effort to provide you with a “personalized” internet experience.

Indeed, anyone who surfs with any regularity has at one point come across an eerie banner ad that seems to follow them from site to site. If you’ve recently researched campgrounds for a planned summer vacation don’t be surprised if you suddenly start seeing the newest and greatest deals on tents and sleeping bags showing up next to your morning headlines.

Targeted advertising is big business and there’s money to be made, both from the folks advertising the products and the folks who let the advertisers know you might be in the market for their goods and services. It’s not necessarily illegal to sell your information to advertisers and this isn’t to say that companies such as Google are recklessly disseminating your private data. But some websites do. And that’s where reading the fine print of each site’s privacy policy is important. After all, phishing scammers pay to get their information about you from somewhere.

Consumers, too, have to share in some of the blame for “invasions” of their privacy. While BT and Phorm allegedly employed stealthy practices to snatch your informational nuggets, there’s a fine line between being stealthy and being deceptive. As Facebook proves, internet users are pretty free with offering up personal information. Without a certain level of complicity, none of us would be able to tell what our friends had for dinner last night or that the kid who sat behind us in fifth grade way back when just found a starfish in Puerto Rico. 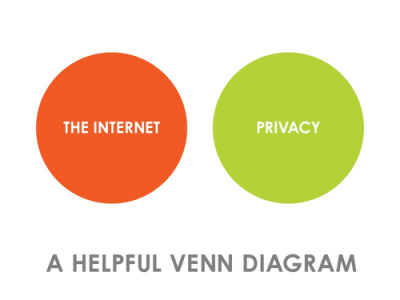 Facebook’s transgressions take the form of changing their privacy policy under cover of darkness. You can go to sleep trusting that only your trusted, authorized network of friends can see your personal information and wake up to that picture of you doing a handstand on the keg freely available for the person conducting your job interview that day to check out before you arrive. Again, Facebook can’t shoulder all the blame there. But they have taken plenty of heat for such gaffes.

Contrast that privacy policy with Geni.com, which has been lauded by TIME, CNET and PC Magazine for its internet privacy transparency. Safe Internet Alliance, a community of public and private members dedicated to internet privacy protection policies has used Geni.com as an example of a company that proactively notifies its users of any change in internet privacy policies. The BBC, Privacy International notes, also earns praise for “describing in detail” the purposes of each cookie left on your computer and specifically what information those cookies will track. Besides resorting to the Cone of Silence to protect your privacy, what else can internet users do?

Not Tweeting every breath you take is a good start. Deal only with trusted sites and make sure to read and understand their published privacy policy before providing personal information. Doing routine maintenance such as clearing your cookies periodically and updating firewall protection to block known crawlers will also help keep you insulated.