There was a time when female characters were most frequently relegated to the role of damsel in distress in action films and television. It was rare to come across a female character with a physically strong role.

Even today it is a struggle for female actors to get strong action roles, but there are a few gems out there. These women are emotionally strong and confident, but they can also kick butt . They know their crafts well and let the men who work with them know they are not just pretty faces or little girls in need of rescuing.

If you take a quick look around the web, there are plenty of references to past shows with obviously tough female characters. Xena: Warrior Princess, Buffy the Vampire Slayer, Sarah Connor (from Terminator), Wonder Woman, and many others who knew how to handle their weapons of choice in the 80s, 90s, and 00s. But a new generation of action heroines have emerged, and this list is a tribute to those who may have been overlooked. 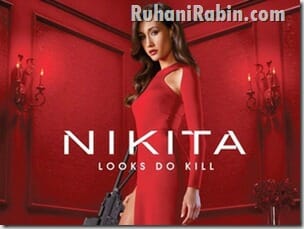 The name is not new, nor is the premise for the plot. La Femme Nikita is world-renowned assassin with a serious chip on her shoulder. CW’s remake has revived Nikita in the form of Hong Kong action star Maggie Q, once handpicked by action legend Jackie Chan. Her character Nikita is soft-spoken but does not mince words. She has been to hell and back and is ready to take down the organization that turned her into the killing machine she is today.

Nikita can kill you with her hands, her super long legs, a knife, a sword, a handgun, and assault rifle, a homemade bomb, and probably even a computer virus. Her tactical IQ is off the charts, and her amazing ability to escape impossible situations borders on A-Team status. 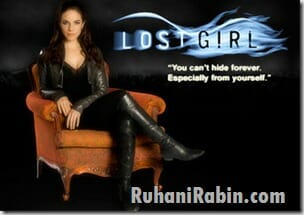 If you are not Canadian, you probably have not even heard of Lost Girl, but if you can watch it online, it is a worth a look. The man character is Bo, a woman with a very healthy appetite. She belongs to an evolutionary group called FAE, who live secretly among humans. She is a succubus, someone who feeds off humans by sucking their life force.

Despite the obvious problems with her biological need to feed, Bo is more or less a hero who manages to take on the darkest creatures and still save the day. While her preferred kill move is to suck energy right out of your mouth, Bo can also get you with her fists, any makeshift weapon that happens to be lying around, or her sharp wits. 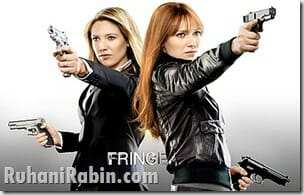 Fringe is a bone chilling look into the paranormal world of fringe science, which deals with teleportation, mind control, parallel universes, spontaneous combustion, and strange little bald men who stand around and take notes. Olivia Dunham is an FBI agent with some serious issues in her past. All of it would make a lesser woman vulnerable and maybe even insane, but Olivia channels it into her work.

Do not let her soft voice fool you, Olivia will shoot first and ask questions later. She can escape from just about any predicament through conventional or extraordinary means. She also has some of the smartest sidekicks in the history of television. 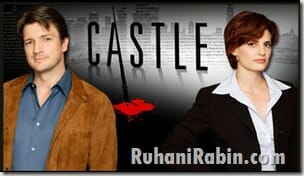 Kate Beckett has a bit of an attitude due to her rather tragic past, but she still manages to crack a joke here and there in the midst of crime fighting. She is strong on two accounts: first, for catching bad guys and kicking butt, and second, for putting up with her tag-along writer sidekick Rick Castle.

Detective Beckett carries a standard police-issued sidearm and is not afraid to use it. She can also take a peep down in hand-to-hand combat, all while wearing high-heeled boots. 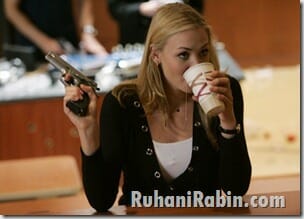 Chuck Bartowski is probably the biggest wimp in the history of wimpiness, but he is very smart, like a computer. Fortunately for him, he has CIA agent Sarah Walker to protect his government-issued super brain. Sarah had a hard life before becoming an agent, and she regularly takes out that frustration on bad guys.

As a trained operative, Sarah can take down a mark with everything from C4 to a ballpoint pen. Whether dressed in combat gear or a night gown, Sarah Walker is always ready for action.

Unlike the others on the list, Fiona is technically a sidekick, the ex-girlfriend from Michael Weston’s past, but Michael did not have an ordinary past. As a former IRA demolitions expert and gun runner, Fiona is not the kind of woman you want to dump. Fortunately for Michael, she’s with the good guys.

Fiona prefers to watch things blow up, but since she has knowledge of just about every kind of weapon you can imagine, you cannot assume you will be safe with her even if she’s only holding a shoe. She gets angry fast, but her heart is usually in the right place.

Who is Your Favorite?

This list only goes to six, but there are other tough female characters on TV these days. Who are your favorites, and what are their weapons of choice?

Tavis J. Hampton is a freelance writer and editor of All Blogs Considered. His heroes are the UK dedicated hosting specialists at 34SP.com.