It’s 2013 and technology is all the rage, especially in the motoring industry. Car manufacturers are continually introducing new and exciting technology to really tempt us to part ways with our hard-earned money. Thankfully for them, it works; we love gadgets in cars. But what are the most high-tech cars in the world? Which cars take technology to another level? 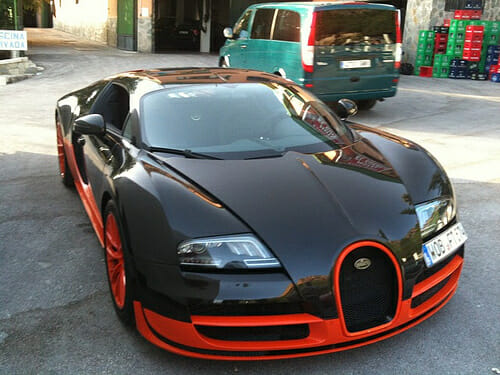 No matter what your definition of high-tech is, you cannot overlook the Bugatti Veyron Super Sport. It has been one of the most incredible technological triumphs of any century, and it remains the flag-bearer for absolute luxury, performance, and technological innovation.
The original Veyron featured 1,001hp and could topple 256mph. That was pretty brisk, but Bugatti’s latest Veyron, the Super Sport, has another 200hp more than the aforementioned, and can do nearly 270mph.
It is a remarkable car because, lest we forget, it has indicators, leather, a CD-player, and comfortable seats – and yet to can do 270mph.
It doesn’t get much more high-tech than this. 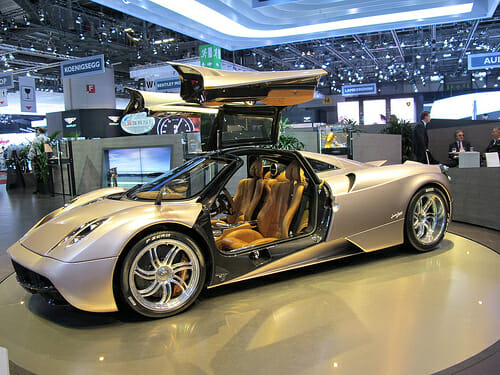 The fastest car to ever lap the Top Gear test-track has been one of the real stars of 2013 so far. It has taken Pagani from makers of the Zonda to world-leaders in supercar performance and evolution. The Huayra was always going to be good, but nobody was expecting it to be as quick and as brutal as it is.
The technology in the Huayra is astounding. From active flaps which activate when the car has too little downforce, to the composite material of which it is made from, the Pagani takes supercar making to a whole new level.
If you see one, don’t even think of taking it on. You will lose. 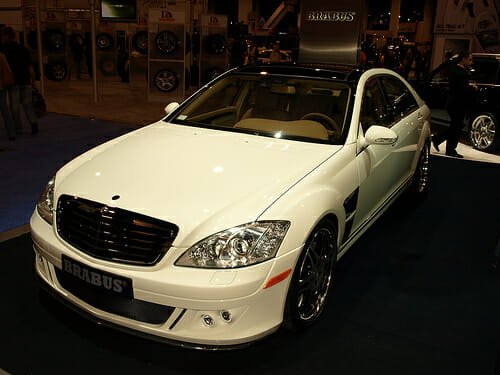 How could there be a high-tech list of cars without mentioning the daddy of all the technological cars, the Mercedes-Benz S-Class? For years, the flag-bearer of what we expect to see on more ordinary cars in the future, the S-Class has remained the top-dog in all things gadget-related.
It was the first car to feature air-bags, radar guided cruise-control, and ABS, and even with today’s model Mercedes continue to up-the-ante with mind-blowing tech that would have The Gadget Show salivating with excitement.
The latest version has such clever cruise-control that it even brakes for you if a car in front slows down, and then speeds back up when safe to do so. Incredible. 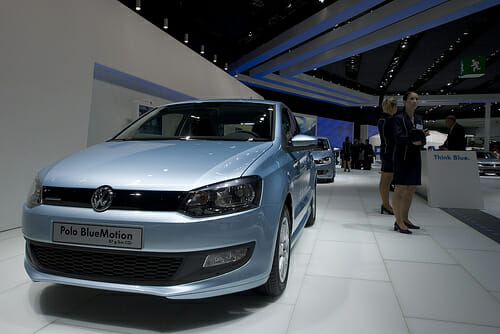 All of VW’s Bluemotion models are impossibly ingenious, but the Polo is special because it is a car many people will actually buy. Aside from being a cute, little hatchback for families, the Polo Bluemotion is always at the cutting edge of technology for N/A engine motor cars.
As you are probably aware, the trend with ‘green’ fuels is currently at fever-pitch, but there are still cars out there which stick with conventional petrol and diesel engines, only with a few tweeks. These tweaks are what matter, because it enables the Polo Bluemotion to topple a mighty 80mpg.
Not exciting, but the technology and knowhow to make a diesel achieve such high figures is impressive. 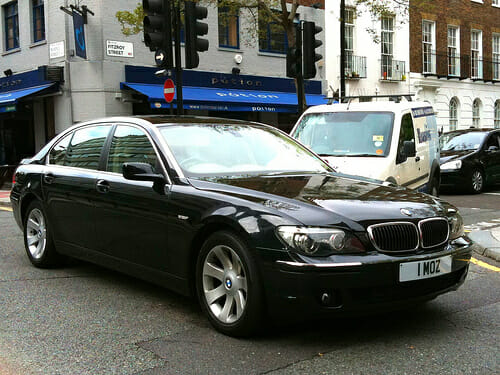 Dubbed as one of the most technologically-advanced vehicles on the road, the BMW 7-Series is a super-saloon for executives who want their peers to know they are in control. It has so many cameras you would think it was part of the Big Brother house. The cameras aren’t there to record non-celebrities barking at each other, though; they are there to help you park and see round obscure junctions.
Couple that with a night-vision camera, for night-vision (obviously), and you have a car so technologically-impressive that it will take you months to figure out how it all works.

2013 is going to be a stellar year for cars and new tech, so keep your eyes peeled for the latest innovations and advancements.

Whether you love amazing high tech cars or prefer something a little more simple, check out Car Finance 24/7 where you can compare car loans.