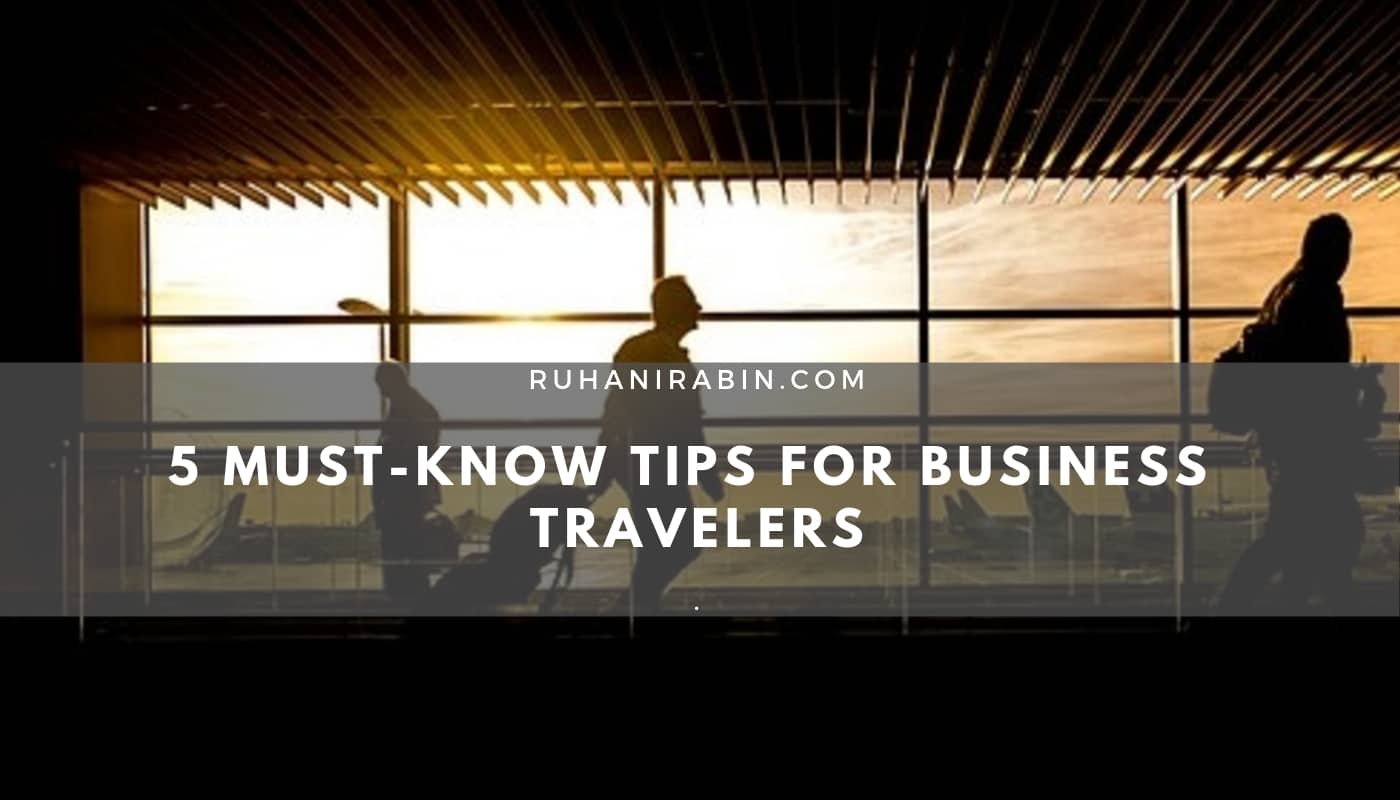 Traveling for business purposes is not the same thing as being a tourist. First of all, you don’t get as much time to prepare. Tourist visits usually get planned months or even years in advance, while business trips often get decided on a short notice. Second, you have a clear main objective since day one. Now, unless you’re a culture/history buff and hope to see that one particular landmark or try that one activity, that won’t be the case with a regular trip.

Lastly, you’re doing everything on a tight schedule and on a tight budget. The time you spend there is, for the most part, company time and the money you spend is seldom money of your own but a business expense. Most importantly, sometimes, the planning of the trip depends on the country that you intend to visit, which gives you another thing to consider. With that in mind, here are five must-know tips for business travelers. 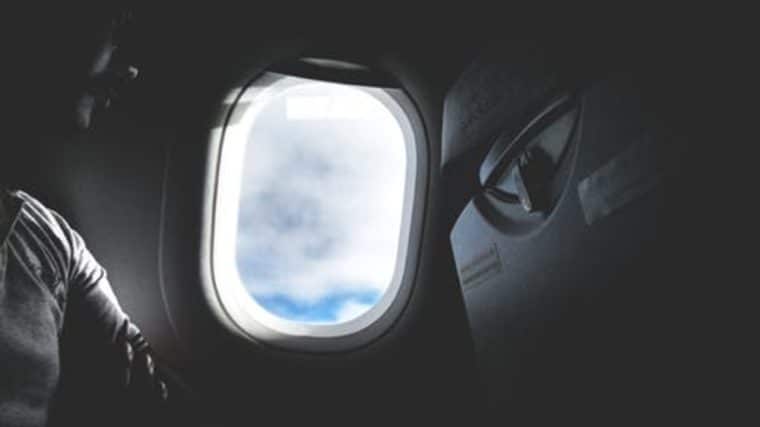 The first tier of tips for business travels lies in knowing the cultural norms in the social circles that you’re about to mingle with. For instance, in France, you’re supposed to introduce yourself by using both your first and your last name, address people as ‘Monsieur’ or ‘Madame’, as well as use a light handshake. Of course, in the United States, most of these would be considered as too formal, even for a business meeting.

In China or Japan, things are different altogether. Introductions, exchange of business cards, bowing, handshaking and much, much more are different in the Far East. China, Japan, and Hong Kong, these seemingly similar cultures are also somewhat different, which is what makes this whole ordeal even more complex. A breach in etiquette may be tolerated for the first-time visitor, yet, from your perspective, it’s far better not to make a mistake but to impress everyone with your preparedness.

Your phone is only as good as its battery

The next thing you need to understand is the fact that as a traveler, you have to rely on your phone a lot. Beyond doubt, you’ll need a plethora of apps. We’re talking about translation, currency conversion, Uber, navigation and much, much more. Other than this, you’ll also use your phone to stay in touch with people back at home, conduct your business and use it for some entertainment. Flights are long, the urban commute can take forever and sit in the waiting room is much easier to endure with a phone. The problem with this, nonetheless, lies in the fact that by overusing your phone you’ll quickly run out of battery. This is why you need to learn three things.

First, always carry a charger with an adapter meant for the country that you’re visiting. Different countries use different power plugs, which is why just bringing your charger won’t be enough. Keep in mind that this only works if you have the time to stop by the hotel, so plan your itinerary and your checkpoints wisely. Second, you might want to get a portable power bank, so that you get those extra hours you so desperately need. Finally, make sure to use power-saving mode whenever you can. Excessive use of your phone will drain it, regardless of how powerful battery it came with. Remember, once the battery runs out, it doesn’t matter what you have on your phone.

Learn how to pack 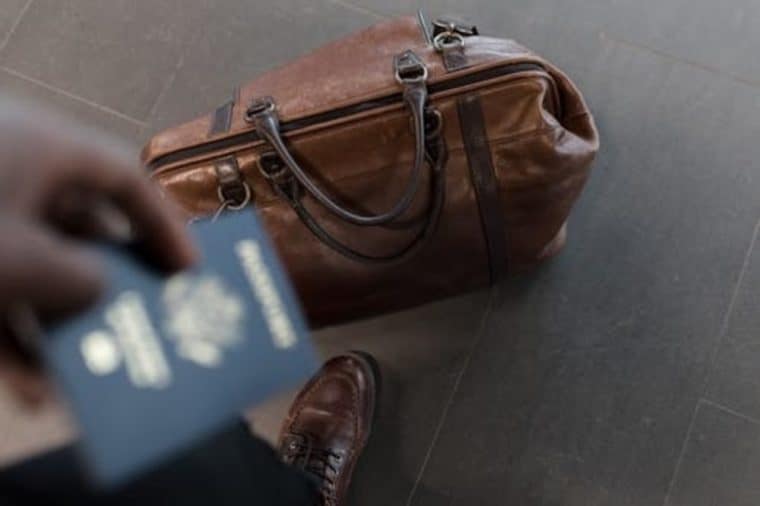 Depending on the nature of the trip, you may have to pack accordingly; however, it’s much better for someone who constantly travels to already has a routine. For instance, clothes to take to a restaurant on a business meeting, the pajamas and the casual apparel for the hotel are a must. Other than that, you also need some traveling essentials like drink bottles, earbuds, and a travel pillow. In order to be able to carry all of this, you might also want to look for adequate luggage. The size of this luggage needs to be somewhere between too small and too hard to carry/pull around. One last thing, getting a luggage GPS device, might save you from a world of trouble in the future.

Try to arrive a day early 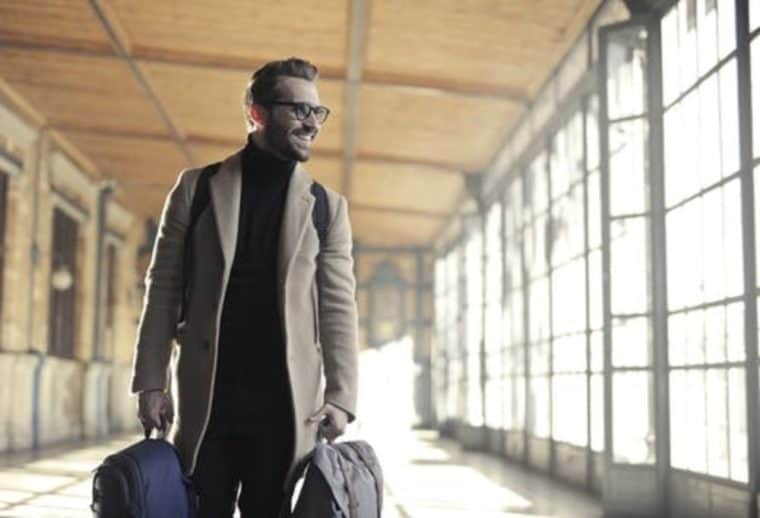 The next thing you need to understand is the fact that the delays are just a normal occurrence in the life of a traveler. Think about it, if you always aim to arrive a day early, even a 10-hour delay won’t disrupt you by that much. This is so-called emergency situation planning. If everything goes right, you get back to the hotel to take a shower, sleep and prepare for the meeting. While this is a relatively short time for such a thing but, in a case where you travel halfway across the globe, you also get to adjust to the change in time-zone. On the other hand, this means finding more time in your schedule than you would have to, paying for one more night at a hotel and so on. Nonetheless, it’s usually more than worth it.

Take some time for yourself

Lastly, remember to have fun! Sure, we’ve already mentioned that your main objective is usually fulfilling the business goal that you set out to complete. Well, this doesn’t mean that your entire trip needs to be subjected to it. After completing the task, stay for one extra night in order to check out the nightlife in the city that you’ve just visited.

Ordering something you’ve never tried during a business meeting may lead to… well, uncomfortable surprises, yet, this definitely isn’t the only meal that you’ll have at a target destination. Once the atmosphere is a tad more casual, go wild and try something exotic, something you’ve never heard of. Who knows, you might surprise yourself. As for checking out the landmarks, this is one more reason why going a day ahead of your schedule might be a good idea.

While some of the most seasoned travelers may see these five tips as nothing but common sense, every single one of them could probably remember an uncomfortable story regarding omitting one of them. Fortunately, you get the privilege of learning on the mistakes of others, instead of having to learn on mistakes of your own. Sure, the latter is a more potent didactic method, yet, in the business world, it’s all about the ROI, which is why the efficiency of the technique gets measured somewhat differently.