Game cancellations are to games fans what the destruction of Alderaan is to a Jedi. But despite the great disturbance in the force that results, and the millions of screaming voices that echo throughout the forums in the wake of a cancellation, games are usually axed for very good reasons. Not every great idea makes a great game, and the money that it takes to develop and publish a game isn’t always worth it. However, there are some games that, regardless of their resulting quality, would have done the world a favour by being released. 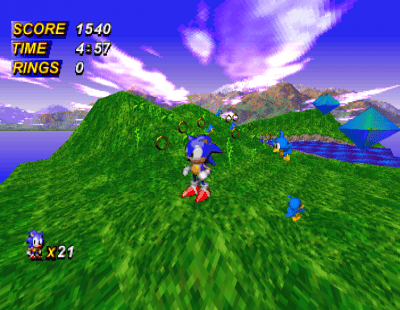 Arguably, the entire history of console gaming hinges on the failure of this game. Whilst the price of the hardware was a major factor, the SEGA Saturn died a premature death because it lacked a ‘killer-app’. In the mid 90s, that meant Sonic, even as games consoles matured away from the mascot craze of the early decade. However, internal studio politics meant that the SEGA technical institute, the American half of team behind 90s Sonic development, were cut adrift with little support and outright opposition from the Japanese team.

Sonic X-Treme’s failure to ship meant no significant Sonic title on the Saturn. SEGA filled in with a remake of the terrible Sonic 3D, the terrible racing game Sonic R and the terribly habit-forming Sonic Jam collection of Sonic’s original Mega Drive hits. SEGA left hardware manufacturing with the Dreamcast, and the Sonic franchise has had an image problem ever since. Because of this compendium of decline, Sonic X-Treme should have been released. Though if we’re honest, any game featuring a playable character named ‘Tiara Boobowski’ probably wouldn’t have set the world alight.

In the view of some, the noughties were all downhill for Squaresoft. The unexciting Final Fantasy movie necessitated a merger with Enix that seemed to turn the company into a machine that generated Dragon Quest and Final Fantasy spin-offs that appeared to have little to do with the philosophies and design of the core games. The ‘main series’ plodded through the decade whilst the new company began to create direct sequels, having avoided them for the best part of two decades. Meanwhile, the company seemed reluctant to nature its other properties, despite their success in the past. Few Mana games, no Vagrant Story 2 and a premature end to the emerging Chrono series.

Chrono Trigger was one of the SNES’ most important titles (and saw a popular re-release on the DS) and Chrono Cross was a technologically significant footnote to the original Playstation’s life. So when trademark filings by Squaresoft for something called Chrono Break were discovered in late 2001, there was plenty of excitement to go round. We’ve never heard anything more than this, and the original trademark has long since expired (though it runs until the end of the year in the EU and midway through next year in Japan). But I think Japanese Role Playing Game fans out there would sell their souls quite readily for whatever ideas were floating around when this one was registered. 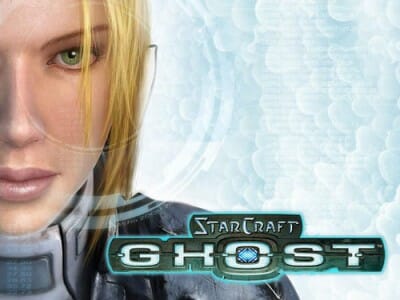 Variety is the spice of life, yet since the mid 1990s Blizzard Entertainment have done quite well out of releasing Real Time Strategy and Role Playing titles. Action-adventure pays the rent at most other game developers, but Blizzard have curiously resisted. Starcraft II did plenty well on its own, despite 12 years of Starcraft drought, but there isn’t a gamer alive who doesn’t wish that this stealth-action game hadn’t been around in the interim.

Yes, it’s not ‘canceled’, but ‘indefinitely postponed’. It’s just that, in the world of video game development these things are one and the same. 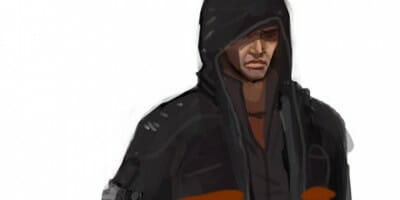 This one sort of stretches the definition of ‘cancelled’. The truth is that this Thief reboot was cancelled after only about two months in production, and only because of the destruction of the Ion Storm studio. Details about a modern remake of this classic Steampunk First Person Sneaker emerged a little later: it transplanted the characters of the first game to a modern setting, swapping Garrett’s cloak and dagger for a hoodie and… well, they never got that far.

How would it have been received? Any series with a hardcore following that goes in such a drastic new direction would have had its work cut out. Reactions to the eventual Thief 4’s announcement were lukewarm over little more than a stylised title that read ‘Thi4f’. Yet there is also a feeling that a fourth game continuing on from the original’s neat trilogy was unnecessary. Personally, the idea of a contemporary Thief game sounds a little more than intriguing: how much more resonant would a game about thieving be when you’re stealing from wealthy bankers and politicians instead of barons and magicians? One wonders how Ion Storm would have sailed that particular sea of controversy though.

Steph Wood is a blogger who writes on behalf of Splash Direct, a UK based company who’ll fix you up with a nice wall hung toilet while you wait in fear of the next big cancellation.