Many towns and cities around the world are stuck in a time warp because of their lack of funding to catch up with modern times; others simply don’t want their home towns to be overtaken with modern developments and are perfectly happy with their current way of living.

This article will look at where some of these towns and cities can be found and how you can get there, should you feel the need to go back to the fifties. 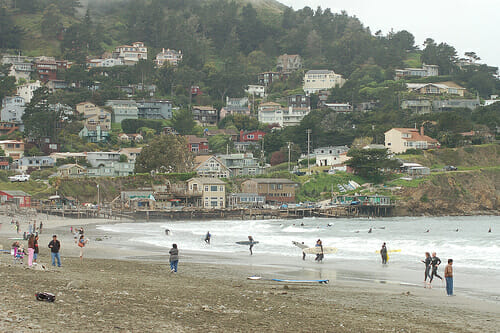 While you may not have come across this coastal town before it is very close to one of the most famous cities in America, San Francisco. Just twelve miles south of this major city lies a small community, worth no more than a million dollars, in the small, time warped town of Pacifica.

Steep hills dotted with ranch houses surrounded by vast amounts of open space make this a perfect place to visit if you love a good hike. The constant high winds are great if you enjoy surfing and don’t mind dodging a bit of rubbish, which is a common feature in the town, due to the lack of funding to hire street cleaners.

This is one of those towns that cannot afford to catch up with modern times and wouldn’t do so even if they could. This was made very clear when a big developer came into town and offered to build them a main street / down town area, which they don’t currently have, and was voted against, by sixty five per cent of the population.

If you want to get in and around Pacifica you will need a car due to the lack of public transport and hills with fifteen to twenty per cent gradients, which makes cycling almost impossible. 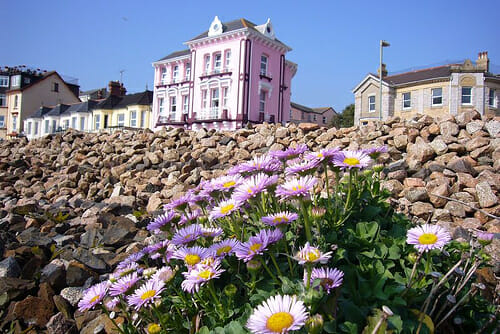 Dawlish offers stunning coastal views and amazing beaches, but is sadly way behind the times.

Some local residence feel that this coastal town is on its way back in time, rather than trying to catch up to the modern times. The old style shop fronts, the houses and the amusements on the seafront make it clear that this town is well and truly stuck in a time warp.

Local residents feel that if they we’re to update the town it would lose its character and charm, which is what makes it different to other towns in the area.

If you want to visit this town for a traditional, bucket and spade, family holiday then you can get there by bus and train from almost anywhere in the UK. If travelling by car from London or the North you can head south down the M5 to junction thirty at Exeter and follow the signs for Dawlish.

The Isle of Wight 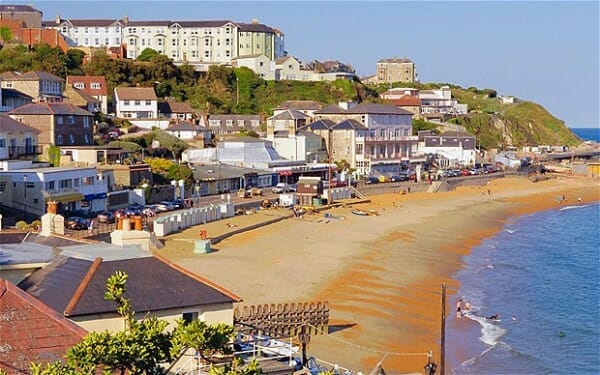 Not a town or city but a county, one of the biggest islands of England, located just a couple of miles off the south coast.

Well known for its natural beauty and its popular holiday resorts, the Isle of  Wight is still stuck in the 1950’s.

Brownen Maddox, a writer for The Times newspaper, wrote an article about her experiences after visiting the island with her mother and her seven year old daughter.

One of the first comments in her article said, “Stuck in the 1950s, the Isle of Wight is a textbook example of the problems facing an area needing regeneration”

She went on to describe how the roads we’re “shockingly bad”, as do many other people who visit the island, the type of roads you do not expect to see in today’s modern times.

The Isle of  Wight is very easy to get to from Southsea by hovercraft, and lots of ferries running throughout the day from Southampton, Portsmouth and Lymington.

There are hundreds of time-warp towns from around the world and this article by HotelClub.com pulls out some of the highlights. If you are looking to enjoy these towns to the full, keep an eye out for hotel deals in the area and plan ahead.