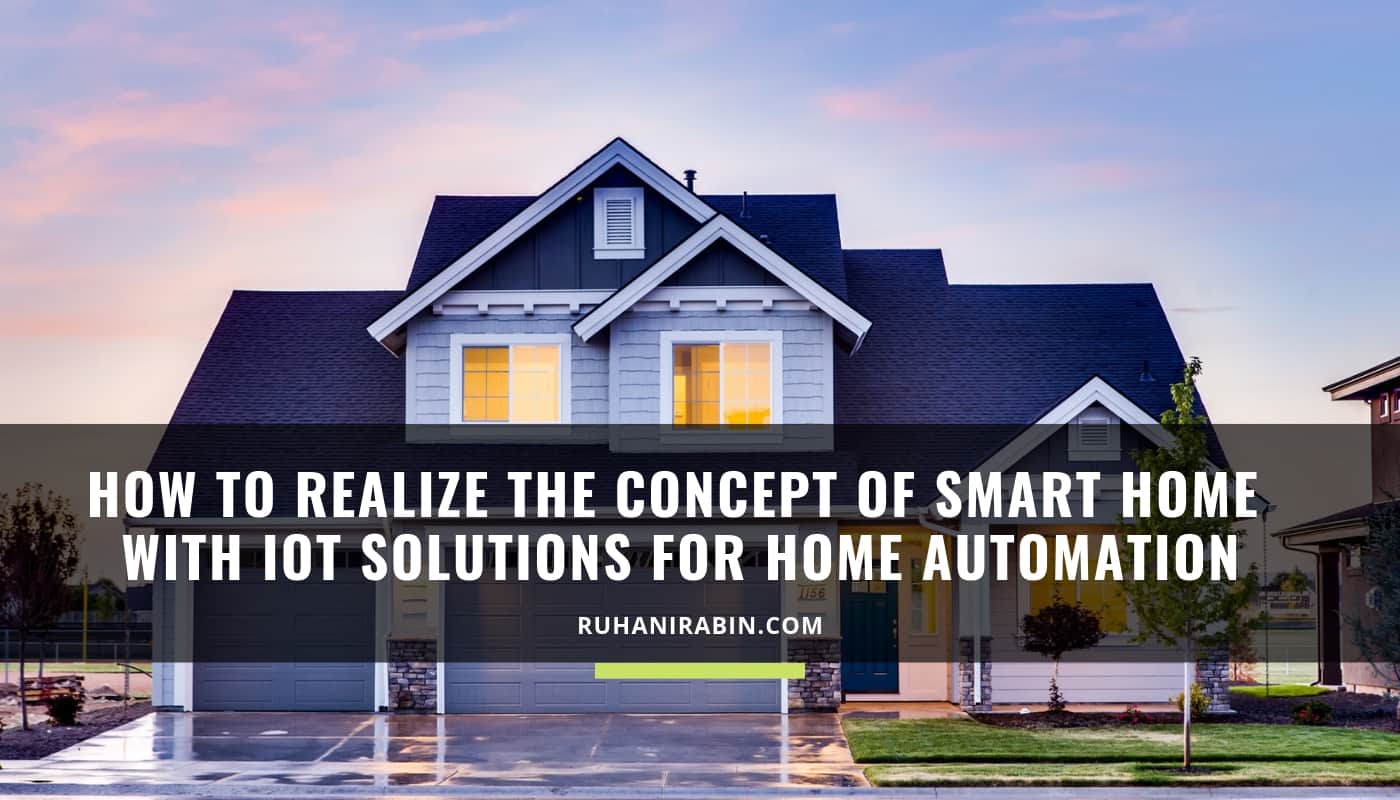 The technology of IoT is continuously evolving and redefining the world we live in. IoT has shown its possibilities in more than one domain. Home automation is one of the domains where several companies are experimenting with the technology of IoT, sensors, gadgets, devices, and IoT application development.

IoT-based home automation technology is now positively disrupting the way we live and work. IoT home automation sensors, devices, and appliances are here to make our lives more convenient, comfortable and easier. With mobility and mobile application development, home automation based on IoT has now become more realistic and useful. Apps controlling IoT solutions for home automation can now be installed in mobile devices which already come with a variety of wireless channels, such as Bluetooth, Bluetooth Smart, NFC, Wi-Fi, BLE, RFID, and iBeacon. This makes IoT for home more practical and handier.

But before introducing solutions that can realize the concept of IoT for home automation, let me mention some key challenges.

With these challenges existing in the market, here are the IoT solutions for home automation:

An Integrated IoT platform includes different applications and services. It brings different IoT systems on one platform so that they can easily be managed. It’s capable of supporting a number of simultaneous connections that allow you to configure your devices for machine-to-machine communication.

Modern homes consume a lot of energy. No doubt energy we use largely depends on the climate where we live and the devices we use. Also, we keep adding new ways to consume more energy in homes. We have developed dependencies on appliances like air conditioners, electronic cooking equipment, refrigerators, and temperature controllers and, we just cannot survive without them. When these appliances are not controlled efficiently, they start consuming a lot of power. In result, monthly bills keep increasing. With IoT solutions for home automation, end-users can have better control over the energy consumed by these devices.

You will not need worrying about your home security when you have the IoT home automation at the place.  Forget about double checking or thinking it twice if you really locked the door when you were leaving your home. IoT home safety solutions let you do this and check right in your home. In case something goes wrong, you get notifications. There are a number of home safety and security options available in the market that end-users can install in their homes.

Sofia is a digital marketing expert in Rapidsoft Technologies which is a leading IoT app development company which has world-class IoT app developers who deliver IoT app solutions and IoT app services.