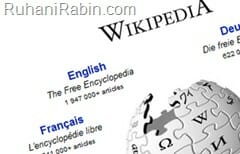 Wikipedia is the largest free editable encyclopedia online consist of over 2 million articles. Wikipedia Encyclopedia can be edited by almost anyone who uses the Internet, Since it is written by users, anyone can edit, delete and arrange the articles on Wikipedia. It's a resource for a huge knowledge sharing. Almost any topics you can find on the Wikipedia. As it is a wiki which is editable, there is good and bad side of it. Good side is "Sharing information" around the world and the Bad side is "Misleading Information". The giant industries and personalities hate to see their flaws online as those flaws can be put online for the sake of everyone's knowledge. Well that is what these giant corporations and personalities are so scared of.

One American student sent major corporations, governments and even the Vatican on the defensive after coming up with Wikipedia Scanner, a software program that reveals who changed Wikipedia entries.

What Virgil Griffith did was come up with a program that reveals who edits these articles, via a system where it scans the I.P address and cross-references it with the I.P. directory. As soon as the software was launched on the Internet, chaos erupted among these huge personalities and corporations. 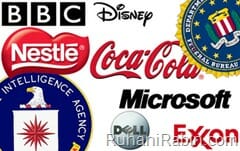 Among many revelations, Wikipedia Scanner reported that:

Griffith came up with the idea when he "heard about Congressmen being caught for white-washing their Wikipedia pages," he said. "If the edit occurred during working hours, then we can reasonably assume that the person is either an agent of that company or a guest that was allowed access to their network," he wrote. He said he believes that anonymous speech is important for open projects like Wikipedia. The online encyclopedia works fine today for "noncontroversial topics," he said, but tools like Wikipedia Scanner can help make the site more reliable for controversial topics, he said.