Knight Rider has returned after 25 years. Yes the new season premier of super pimped up Knight Rider returned to NBC last September 23rd 2008. I’ve always been fan of Knight Rider since I was a kid. The New KITT 3000 is based on Ford Shelby Mustang GT500 KR edition which is specially named before Knight Rider. From the Pilot TV Movie back at February 2008 that I’ve talked before was the way to gain experience about viewers and their needs. They actually get user feedback from forums and various blogs to learn about peoples expectations about the new Knight Rider. So after Pilot Episode TV event the season premier was a lot of changes in the car features. Why not take a look below… 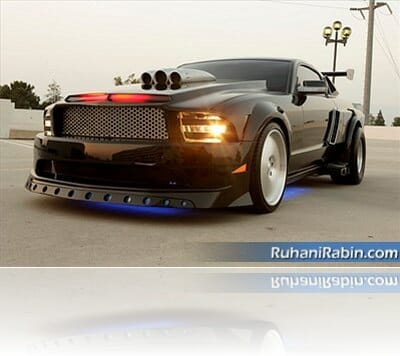 Lets take a look at what features are cooking in the new Knight Rider:

What Can be done:

Now here is a video compilation remixed by me featuring the most anticipated scene and the car features from the season premier. Enjoy and do comment back. Watch the video below