HTC tends to make better phones day by day. The Android device HTC Legend which has already made a huge amount of buzz. You might have seen the Nexus One from Google. HTC Desire packs the almost the same hardware as Nexus One has with some added Power Punch.

While HTC Desire is making a wave around the mobile world, I have a privilege to do this review on hand. I’ve been testing a HTC Desire from Maxis (Malaysian Telco); they are the first Telco to bring this phone officially in Malaysia. This topic ought to be arranged into multiple parts so you might want to check back often till I complete it. For this topic I’m adding a hands on video experience of unpacking this amazing device from the box.

Have you taken a look at the Top Social Media Smartphones topic I’ve posted few days back? If not, don’t forget to take a look. HTC Desire is one of the best Social Media enabled Smartphone available today.

HTC Legend is about fitting a numerous number of features into a small package while HTC Desire took a slightly different approach. With a massive 3.7″ AMOLED Touch Screen and a 1GHz Processor speed, it’s simply pleases your expectations. It has a slick, slim and handy grip. It weights exactly as iPhone 3GS so it’s very handy to carry around. 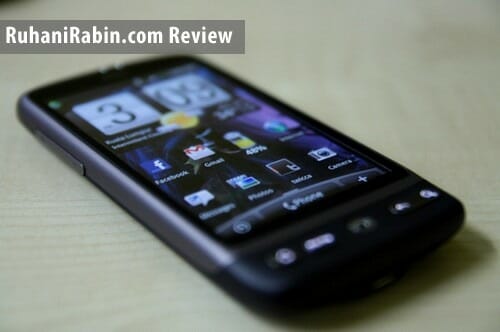 Its body is not made from aluminum like HTC Legend. The only metal part of its body is the metal framing around the screen. The back is entirely plastic. The battery cover is coated with a soft, rubberized material. If you compare it with Nexus One, you will notice that the Trackball is no more there, it has been replaced with a Optical Trackpad which tracks your finger movement. The trackpad is also clicks in as an enter key.

The USB slot is at the bottom – there is no cover for the USB. Thanks to HTC that it is microUSB, so the cable is available almost any computer store.

There are six operations buttons on HTC Desire (they followed the standard practice of HTC Andriod phone styles). Button wise there is no dedicated camera key, the trackpad button works as the camera key itself (A dedicated button would be nice don’t you think). The handy power button at the top sits side by side with the 3.5mm headphone Jack. Power button is also use to quickly lock and unlock the phone. 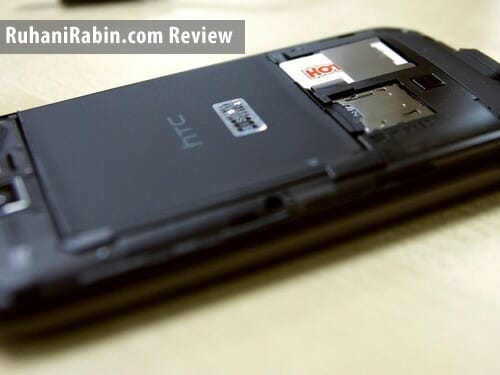 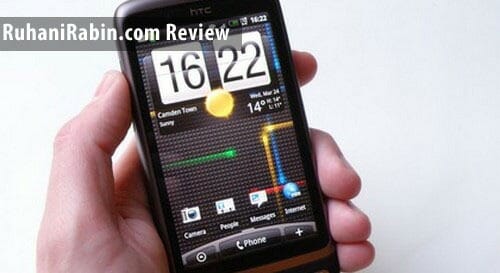 The screen quality is simply amusing. Large 3.7″ screen gives amazing color effects for Internet experience and multimedia. The touch screen is very neatly placed at the edges of the phone, it is really sensitive to touch. Having said that the slickness of this phone certainly make it a business class device.

What is in the Box?

Here goes my not so famous HTC Desire unboxing video.

HTC is well known to keep their packaging to a minimal. That applies for the HTC Desire packaging too. The Package doesn’t contain a CD for computers but it can be downloaded easily from the HTC Website (I would love to have the CD though). The box contains Quick Start Up Guide, Manual, a microUSB cable, which plugs into an adaptor to make a charger, the standard headphones which acts also a hands-free kit, and a 2GB microSD card.

Now are you wondering what would be in the next parts of this topic? It is about Interface Experience.


Do you own this phone too? I would love to hear your thoughts and real life experience about this device.