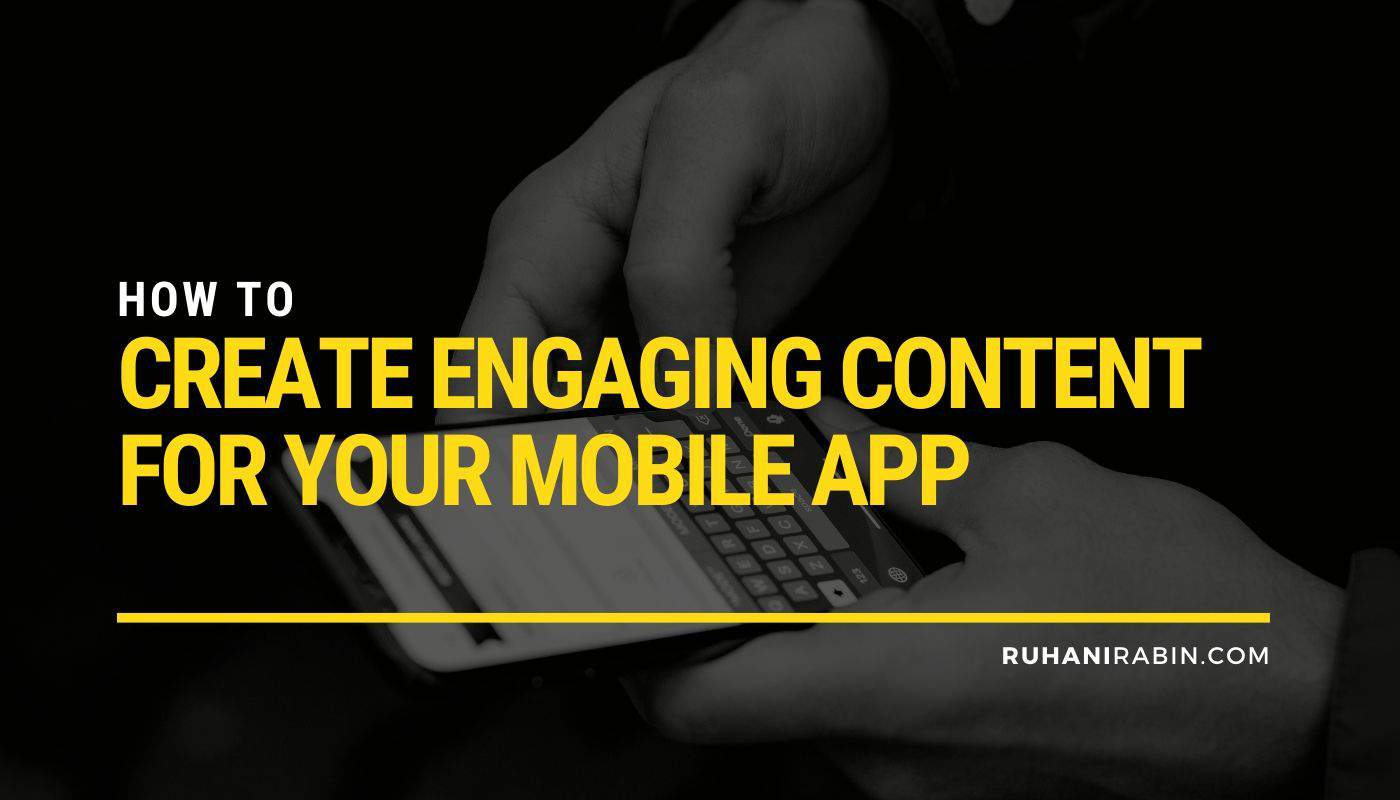 It’s one thing to create a mobile app. It’s a whole different story when it comes to making the app content resonate with your audience. And not every app on the market today meets this criterion.

Back in 2015, a group of researchers tried to determine how many apps have the content that corresponds to what they reported in the app store description. They took mobile phone apps that were supposed to help users deal with depression, some of which were recommended by therapists.

So, what are the prerequisites of creating app content that resonates with and engages the users?

Digital storytelling is the trend of the past few years. It seems that everywhere you go, you hear how impactful storytelling is. But there are not just empty claims behind the power of storytelling. Storytelling has the authority backed by science.

Over the past few years, Harvard Business Review was closely watching digital storytelling explaining to their readers why they are so hooked up on this trend.

In 2014, the resource posted research by Paul J. Zak, who studied the effects of storytelling vs. bullet-list information on the human brain. Evidently, when perceiving information in the format of a story, our brain produces oxytocin – the hormone responsible for the feeling of trust and readiness to act and cooperate with others.

The author of the research came to these results by drawing blood from the participants before and after they heard a story.

Does digital storytelling work for mobile apps the same way as for any other content source?

Take a look at NASA’s app.

The institution app serves the purpose of educating their main audience about space science. Apart from news and scientific articles, they share the photos of the sky at night and describe them using storytelling:

Take a look at how they start their description.

They use an amateur photographer’s perspective on experiencing the view of the night sky above the Grand Canyon before they proceed to explain, which planets an app user can see on the depicted night sky and why they appeared on the sky at the time the photo was taken.

Here, the story of an amateur photographer is a hook, hinting at NASA’s predominant audience – people who are amateur admirers of science and want to learn more about it.

A great idea to make something, which may appear quite boring, seem more engaging and inviting.

There are, however, a few prerequisites of good storytelling. In the HBR study, mentioned above, Paul J. Zak says that further research shows that in order to motivate and engage the readers, a story must sustain their attention.

You can achieve this effect by:

The main goal, says Paul J. Zak, is to keep the users in tension. Then they will be more likely to express their emotions.

Turn to User Feedback for Help

Now we’re changing the vector and concentrating on what your users have to say.

Since your users are the primary consumers of the content in your app, you can turn to them for help to find engaging content ideas. In fact, app users are expecting you to take their feedback into account.

And ignoring their feedback is what costs you even the most loyal users.

According to Marketing Land, 55% of respondents, who’ve left feedback in a mobile app, say they don’t want to be customers, as their feedback was ignored. Furthermore, 67% of respondents say the company never responded to their in-app feedback.

By ignoring in-app user feedback, you’re losing a valuable resource of content ideas. And your users give you plenty of them.

However, collecting feedback, in this case, isn’t enough to both get content improvement ideas and retain customers. To avoid your customers feeling ignored, show them your appreciation and reply to their comments.

Apart from user retention as an obvious benefit of replying to comments, doing so also improves your app store optimization. Google confirmed that replying to customer feedback impacts apps local SEO. Reportedly, reviews accounted for 15.44% of how Google ranks pages.

According to Google, responding to reviews builds trust with the search engine that recognized app reviews and feedback replies as content with high value.

“Another way to collect content ideas from user feedback is by using in-app user surveys. They deliver context-sensitive feedback, meaning that users provide their comments during or right after using the app,” says Diana Adjadj, marketer and a writer for Studicus.

There’s another benefit to collecting in-app surveys in terms of content creation. Such surveys have higher response rates than app store comments, you’ll get more responses this way, as it’s quicker and more accessible for the users.

Use in-app surveys to not only determine bugs and glitches but also to receive user opinion about content enhancements.

In general, such on-the-spot surveys help you better understand how your users perceive your content, what they expect from it, how well they understand it, and what they deem engaging.

Let’s try and go a different way and outsource content creation to an influencer, who will join you in promoting your app through content.

You’ve probably heard about Calm. They engage many influencers (mostly celebrities) to make content for the app, namely, by narrating stories that help app users relax and fall asleep.

This is a good example of outsourcing app content to an influencer, who, apart from content creation, increases the exposure of your app.

How profitable is it for you?

The main benefit of investing in influencer-generated content is its ROI. According to research by Nielsen Catalina Solutions, influencer content delivers ROI that is 11 times higher than other content marketing strategies. This means that you would receive at least $6 for each dollar spent on influencer marketing.

Okay, money is good. But what about the quality of content?

It’s in the influencer’s best interest to create high-quality content. They basically have their audience thanks to the fact that they promote something that they tried themselves, and their audience is built on this trust.

For instance, 6 in 10 YouTube subscribers say they would follow the advice on what to buy from their favorite creator. This situation is similar to Instagram influencers as well.

And you can see YouTube influencers promote mobile apps a lot by creating content, where they would recommend this app and why. But influencers can also contribute content to your app directly like Calm does for its mobile app. In this case, they need proper credit for their contribution, as co-creators.

Your Users Expect You to Deliver Engaging Relatable Content

At the beginning of the article, we talked about the inconsistencies that often occur between what content app claims to have and the content it has in reality. When choosing your app, consumers usually base their decision on the app description alone, and if it is not consistent with what your app has to offer, they delete it.

And, since so many apps don’t meet this requirement (at least, with depression apps), the question arises, why so many apps fail to deliver high-quality content?

Is it a lack of resources, poor marketing, or inability to listen to the demands of your users?

This should be your primary concern. No matter which of our tips you choose to follow, either it’s storytelling, employing customer feedback or outsourcing to influencers, making your in-app content deliver value is what your users expect you to do.

Kristin Savage nourishes, sparks and empowers using the magic of a word. Along with pursuing her degree in Creative Writing, Kristin was gaining experience in the publishing industry, with expertise in marketing strategy for publishers and authors. Now she works as a freelance writer at GrabMyEssay