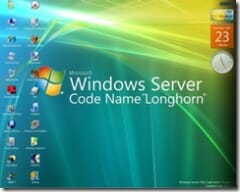 Stock OEM halogen or incandescent bulbs are typically around 3200 Kelvin, which is a yellow light. High visibility  headlight bulbs range from 4000-5000 Kelvin, which is much brighter and whiter, increasing the rider's ability to see what's ahead of them as well as increasing visibility of the driver to oncoming traffic. You'll notice that some bulbs have written as "55=110W". This means that the bulbs technology allows them to get the equivalent of 110Watts of light out of a bulb that only uses 55Watts… energy saver.

Windows Live writer is a pretty descent Desktop Blogging application. Windows Live writer supports many blogging services including Blogger.com and Wordpress Hosted Blogs. I’m very used to use the wordpress Plugin ultimate tag warrior to tag my posts. In Windows live Writer you can post tags but integration with UTW is not present by default. There is a fairly simpler way to enable posting of UTW tags from Windows Live Writer while posting.

The new Microsoft Operating system Vista. Yes its inevitable not to test it on your own computer. But there are quite a number of considerations like Application Compatibly issues and Hardware not supporting vista. Well of course you want to try it out just for your curiosity’s sake. But how to Test it with out effecting your current installation of Windows XP on your system. Here are some simple steps (Assuming you have already installed Windows XP on your Primary Partitions C drive).

Sometimes at office or even at home i don’t want certain part of my hard drive not accessible by anyone. Well you can hide your folders but is it giving you the optimal protection, i don’t think so. TrueCrypt is a open source software comes with a highly secured protection systems. The algorithms are so difficult to break that it might take a few billion years to break the password. TrueCrypt can be used on windows xp/vista or linux platforms. Actually what it do is to create a physical file on a hard disk and encrypt it with very strong protection and load that file as a virtual drive. TrueCrypt also can be used to protect your USB or Flash disks.